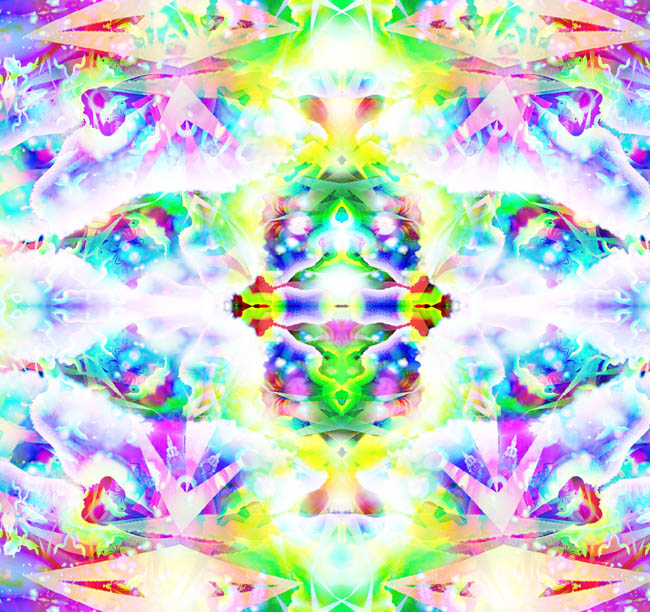 “When a great innovation appears, it will almost certainly be in a muddled, incomplete, and confusing form … for any speculation, which does not at first glance look crazy, there is no hope.”

An epiphany is a sudden manifestation or perception of the essential nature or meaning of something or an intuitive grasp of reality, usually simple and striking.

This energy flow can be tapped for art expression.

Holo’Space takes the random energies of light and dimensionally reorganizes them in such a way to polarize and bring coherence to the force fields of the body-mind.

Coherence, is when the otherwise random zero-point energy of the quantum-zero vacuum is induced to become organized in a defined region of space so as to produce net effects. Spinning with a duration isotropic to matter can be used to power a load, or provide field effects for propulsion and work without a material reaction medium. Control of gravity and Inertial forces are consequently possible. Coherence can be challenging to produce because of the transient, non-equilibrium, non-linear conditions that must be set up between the material system and the energetic vacuum flux. Art is uniquely qualified to explore this realm.

Art as an Idea

Through history there have been but few new art ideas, ideas that carry the power of soul activation.

Most ideas relate to sourcing art from alternative fields; thermodynamics, politics, information theory, computer technology… These metaphoric descriptions effect our understanding of Being. They can distort and deactivate Divine Activation. The idea of Art as Life Engineering Consciousness does not come from another field but emerges directly from the heart of the art itself. They transmit talismanic energy. Art can transfuse across scale.

If modern science is the engine driving the creation of a sacred disorder that is planetary in scope, art is its reflective medium. Since the scientific revolution the course of art has spiraled into its own devolution of disassociation and devaluation of any clear, socially coherent vision.

Modernist and post-modernist art side by side with a pop-culture relentlessly descends into ever-greater depths of vulgarity, vividly mirroring the schizophrenic loss of the sacred view.

Degeneration of values are based on the idea that art and science are separate disciplines and value systems. In a whole system or sacred view this is not the case – science as knowing and art as doing are mutually interactive.

The evolutionary pendulum is swinging. The reversal of world values toward the Earth as sacred Source-created will not be halted. A dialectic higher than materialism, a cosmic evolutionary dialectic operates by principles of self-transcendence.

New Space realities become part of human consciousness when there is a change in a fundamental canon. Canons of Space

Art Manifestos of the 20th century

The first art manifesto of the 20th century was introduced with the Futurists in Italy in 1909 and readily taken up by the Vorticists, Dadaists and the Surrealists after them.

The period up to World War II created what are still the best known manifestos. Although they never stopped being issued, other media such as the growth of broadcasting tended to sideline such declarations. Due to the internet there has been a resurgence of the form, and many new manifestos have appeared.

The resonance strength between a relationship and its supersymmetric relationships are closely aligned. Density of supersymetric information manifests real energy when grounded through a receiving viewer and an appearance of real mass through Psychic re-organization via syntropic harmonics expressing through the frame-view.

Hyper’Classical Qubism is the exploration and discovery of the form of principles, the Creator’s Original Design Science.

Hyper’Classical Artist root purpose is to bring original order to the material appearance of matter and mind.

The Surface of the Art

Space as the Medium of Art

Expressionism – the very surface is the point of the art. To show without recourse to the projective power of the art.

Arises in relationship to Source Space or Coherence Complexity Space. Complex to the Real Space and Material Space

Supersymetry Coherence allows a translation of Coherence effects via Real Space through Material Space to Subjective Space where the effects manifest.

What is light relative to Real Space?

What limits our next great insight into the Coherence Space/Mathematical Source is our sensitivity to the Cultural Crisis of the Time and our willingness to be changed by the creative power. To maintain our own internal aesthetics

The Artist mines the richness of Coherence Space for the healing of the cuts of Consciousness.

There are an endless number of sacred geometries. All Coherent Complexity Spaces have unique indigenous to the space harmonics.

The Phi Harmonics appear to be the primary Resonant Geometry for Material Space from Real Space. The relationship of them is the basis for Phi Fields.

This is the fundamental organizing principle of everything.

Holo’Dimensional Time flows in all directions at once and is a component of the rendering. By depicting Coherence Space archetonics, Consciousness is connected to Source.

Tapping the Resources of Space Directly