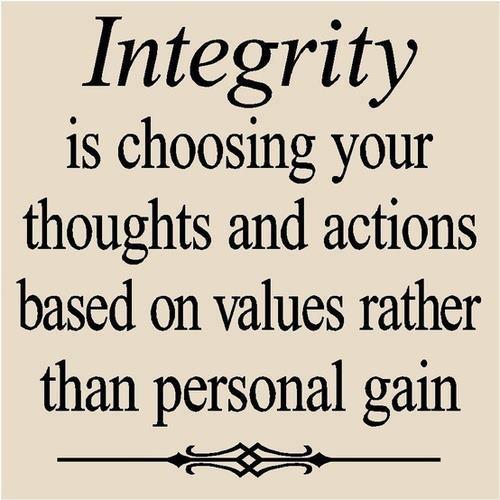 Time To Focus On Localism, Decentralization and Community

The following piece is based on a vision for the U.S., but I suspect the concepts apply equally to most nation-states encompassing large land masses and populations over a few million. Most of us have been conditioned to believe human life is best organized at scale. In other words, we’ve been convinced it’s best to have as many people as possible operating under a single overarching centralized government structure in charge of micromanaging society from the top down. I consider this paradigm outdated, unnatural and increasingly dangerous.

In the Western world, we tend to justify centralized superstates because they’re ostensibly based on democracy, but this doesn’t hold water for a variety of reasons.

First, you’d have to be living under a rock to look at U.S. policy during the 21st century and think it reflects the “will of the people.”

Second, if you try to create one-size fits all solutions to problems in a geographically and culturally diverse nation of 350 million people, you tend to make everyone unhappy. This is particularly true within the extremely polarized political space that characterizes America in 2018. In such an environment, centering important decision-making in D.C. devolves into a national winner takes all battle between opposing forces fighting for the power to impose their vision on tens of millions of others who want nothing to do with it.

Third, when you overly centralize power you streamline systemic corruption. All the big money donors have to do is buy-off a few hundred representatives who conveniently all gather in the same place, far from their constituents, to pass legislation which is often written by lobbyists.

As such, my thesis is that centralized power in an unaccountable and exceedingly corrupt Washington D.C. is holding hundreds of millions of Americans back and preventing experimentation, self-government and responsibility on a more local level. Why do we accept a political world that makes corruption so easy and systemic in which tens of millions of people feels powerless and miserable every four to eight years? Why does power and politics have to be so binary and centralized? The answer is, it doesn’t.

The biggest pushback I get to my emphasis on localism is that state and local government is as corrupt as the federal government. I don’t dispute this in many instances, but I think there’s good reason for it. Most Americans who are politically active or engaged focus their efforts on national politics since that’s where all the big stuff happens, thus leaving very little time and energy for local issues and governance. If the decisions made in D.C. were less impactful to everyday life, many people would shift their energy toward local issues and community improvement, which in turn would make corruption and capture more difficult. If you could just forget about D.C. and spend all your energy on say, what’s going on in Dallas or Denver, do you think local decision-making and involvement would improve? I do.

Not only that, but it’s often the little things that only cities and neighborhoods can do for themselves that end up being most empowering, impactful and cost effective. Here’s just one small example highlighted in a recent article published at The Washington Post titled, When a City’s Trashy Lots Are Cleaned Up, Residents’ Mental Health Improves:

Vacant city lots with overgrown weeds and trash are ugly, for sure, but research shows there is yet another reason to clean them up and make them green: It lifts residents’ moods and feelings of self-worth, according to a new study.

The study, published last month in the Journal of the American Medical Association, found that when empty spaces in Philadelphia were improved – at a cost of between $1,000 to $3,000 per lot – there was a significant jump in overall mental health for nearby residents, particularly for those struggling economically.

“There’s a growing body of evidence that green space can have an impact on mental health, and that’s particularly important for people living in poorer neighborhoods,” said Eugenia South, an assistant professor of emergency medicine at the Perelman School of Medicine at the University of Pennsylvania and one of the authors of the study.

The harm of a blighted neighborhood has been well-documented, with studies showing that it’s bad for our health. Even walking by overgrown, trashy patches can quicken heart rate and signs of stress.

Research also shows that when a once-neglected lot is cleaned and greened, it becomes a less appealing place for crime, causing a drop in gun violence and vandalism.

This latest study shows that if cities are willing to remove trash, plant trees and grass and put up a short wooden fence, it is likely to make people feel less depressed and worthless.

Cleaning up empty lots and creating community gardens is the sort of thing that can bring people together, improve quality-of-life and achievable at relatively low cost. It’s just one example, but there are countless others that can and should be done at the local level. As a nation, it seems we spend far too much time and energy focused on national politics and too little on what’s happening in our own backyards.

In a similar vein, here’s another very interesting, yet far more ambitious, local initiative being pushed forward by some dedicated activists in Los Angeles. From David Dayen’s recent article: What If Banks Were Publicly Owned? In LA, This May Soon Be A Reality:

Tran’s organization, Public Bank LA, is leading the revival of an idea that had largely been discarded until the financial crisis. In November, Los Angeles voters will have the opportunity to approve a public bank for the city. If the measure passes, it would become the first government-owned bank developed in the United States since 1919.

The term “public bank” may confuse some into thinking that Los Angeles is about to create a bunch of branch offices where residents can open a free checking account. The idea is much more ambitious.Public bank enthusiasts want to finance local improvements in housing, infrastructure, and community development by employing the money citizens already pay to state and localgovernments for services. To them, it’s about democratizing the financial system…

If you live in a city, anytime you buy something that includes sales tax, pay a parking ticket, swipe your transit card or renew a business license, money goes to the city treasury. It doesn’t immediately fly back out into the paycheck of a police officer or schoolteacher. All state and municipal governments have cash reserves they hang onto. The numbers are significant; Los Angeles has a current portfolio of close to $10 billion.

Cities and states typically store this short-term cash in bank accounts or plain-vanilla investments. Big banks like Wells Fargo or JPMorgan Chase use the funds to generate profits, through loans or trades, or whatever else they can conjure. They, for example, fund private prisons that house immigrant families. They fund pipelines that carry fossil fuels and are displacing Indigenous Americans from their land. And big banks continue to act badly with relative impunity ― wrist-slap fines ultimately paid by shareholders, and no executive seeing the inside of a jail cell.

Divestment activists have demanded that cities abandon big banks, with some success. In Los Angeles, activists won a separation from Wells Fargo, holder of $101 million in city bank deposits. But they soon discovered that the alternative to Wells Fargo is just another Wall Street giant. Community banks and credit unions lack capacity and often face legal hurdles and onerous collateral requirements to handle public funds.

“We knew divestment from one big bank to another predatory bank was unsustainable,” said Tran, who led the divestment movement in Los Angeles. Soon after, Tran co-founded Public Bank LA, which demanded a city-owned institution to keep government revenues out of Wall Street’s hands. A public bank could use those dollars as a deposit base, she argued, funding loans within the community for local public works projects, small businesses, or affordable housing.

This is a particularly interesting push since it showcases how the financial system is designed to force your money into the arms of criminal Wall Street mega banks. The move to create a locally owned bank would allow cities to circumvent this process amongst other things. Would a locally owned bank prove tremendously successful for Los Angeles or a total failure? Who knows, but I’m strongly in favor of community experimentation. The more local trial and error the better for us in the long-term, and over time we’ll figure out what works best.

Many of you will read this post and find the ideas interesting but implausible within the power-centralized imperial nation in which we reside. This is where things get really interesting. Given my view that the U.S. is currently experiencing late-stage imperial decline, I suspect going local won’t merely be a luxury going forward, but a necessity.