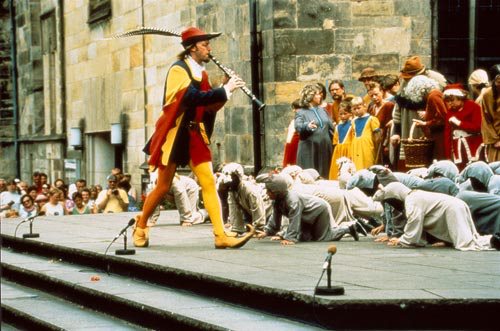 as religion, false science and the overlaying control grid.

For long millennium Pyranomics has taken root in our Collective Psyche. So we easily absorb their manipulation control tricks. We are easily convinced, so deceived.

Pyranomics makes sure we do not question our given religion limitations, or question law as is or authority.

Blinders allow us to Not Question the sick society around us, that we grew up in. That we do not question, more toxic deceptions take root and grow.

Pyranomics has an overreaching force pushing their values as only-valid.

Pyranomic Context is the Keystone in the Arch of the Pyramid’s Apex. In this Portex we will deconstruct and reconceive Pyranomic Absoluteism.

100% of all donations goes to Launch Wholonomics. All records will be transparent to contributors.

What are immoral values?

Pyranomic Logic believes that state violence is a valid solution and believe it is okay to hinder freedom.

Cowards would rather be secure and comfortable but at war and living off the backs of other bent in slavery and oppression.

Wholonomics aligns with the universal laws of creative love.

Wholonomics is a cultural revelation where we can expose our indoctrinations.

Answers may shock as we go to deeper stratas.

Is your job immoral? How is it immoral? Will you answer this? Or just move onto an easier site?

Is what you consume immoral? How are they? Do I have the courage to address this in a meaningful way?

Have your devotions in your life been folly?

What corruptive core values are around you?

Would you fight for something worthy of your courage, a healthy cause to defend?

Are you ready to be wild and free? Moderate your power over others to focus on cooperation. Moderate your life to embody courage, connected living.

Pyranomics says there are no alternatives to its concentrating Pyramid. Not much else is taught or seriously addressed. Variations of Pyranomics is the only economic model people know of, are aware of.

The pyramid context of reality has defined our patterns of human culture relationships through all history. That vectorized pyramid power-space has dominated the last thousands of years makes a turn to the Wholomid seem unlikely. But is that so?

Humanity cannot survive dependent on a Vector Function that endlessly transfers the Wealth of the Whole to the apex.

The Pyramid Paradigm is all about controlling Space through vectors. The direction of the vector of control is from powerless to the powerful. From exploited to the exploiter.

Pyranomics figures out how we should live for them, without a true consensus of what best serves society. We give up our rights through apathy and greed and conflicts of the mind.  Focusing on maintaining the appearance by settling on making ends meet we allow conditions that do not come from the peoples but from the Apexsites. We need for the Context To Wake-Up

As long as we believe in this end of times story, we are slaves to the forms of this system, by continuing to maintain them, in conscious and unconscious ways.

Corporations, Banks, Governments, organized religions, form the network while lesser structures mimic the global form, and to form from this Template to manage and mete out status and influence.

From the Pyramid Paradigm, evolves the suppression of individualism and creativity, impoverishment of artistic values.

In the big picture, even when we appear to prosper, there are unseen and unknown costs. Our meager efforts can not balance the effects and impacts our using Pyramoney. All the real costs are offset into the environment and into the psychic dimensions of humanity.

The wealthiest families on planet earth call the shots in every major upheaval that they cause. Their sphere of activity extends over the entire globe, and even beyond, their ambition and greed for wealth and power knows no bounds, for them, most of mankind is garbage – “human garbage.” It is also their target to depopulate the globe and maintain a much lower population compared to what we have now.

Pyrasites operate in absolute unison against public benefit, against a better life for mankind in which the individual is free to develop his or her innate creativity, a life free of war and bloodshed.

Officers and directors who run corporations are actually duty-bound to act in the corporation’s best financial interest, and that means they are obliged to do whatever they can within the law to make money. Thus, this fiduciary duty requires corporate management to set aside ethical niceties when they get in the way of corporate profits. This is why tobacco companies market their products to kids when they can – only laws prohibiting such conduct will keep them from doing so.

Pyramid Space limits us to a Three dimensional Social Space

Money is deliberately maintained scarce. Even though the means are in plenty, never enough money is the theme of life written by the Pyralites who ALWAYS have way more than enough.

Pyrasites are addicted to their paradigm power and will recognize no other. They equate paradigm survival with their own personal survival.

Pyrasites are not only players on the stage of Humanity’s Planet, but they are also a kind of psycho-spiritual mechanical entity that has effectively manipulated the human mind. They manipulate to allow themselves to continue to play out their inhumane agenda with distorted and corrupting ways.

The Pyrasites do not believe in a future without money obligations. They believe we will have to pay off debt forever or be liquidated.

“No degree of prosperity could justify the accumulation of large amounts of highly toxic substances which nobody knows how to make “safe” and which remain an INCALCULABLE danger to the whole of creation for historical or even GEOLOGICAL AGES.

To do such a thing is a transgression against life itself, a transgression infinitely more serious than any crime ever perpetrated by man. The idea that a civilization could sustain itself on the basis of such a transgression is an ethical, spiritual, and metaphysical monstrosity.

It means conducting the economic affairs of man as if people (all life forms) really did not matter at all.”

These Pyrasites hire the scientist and then take away the power the scientist creates through his inventions. This power is then used for their own purposes, at immense human and material cost to mankind. The goal  is a New World Order, a One World Government, under their control. Secrecy and anonymity is integral to the operations. You don’t want the exploited to know they are being exploited. Do you? ruthlessness, deception spying, blackmail. Pitching one group against another to weaken the competition and the possibility of a new Game nations against each other, and aims at the destruction of religion and other traditional values, creates chaos, deliberately spreads poverty and misery, and then usurps power placing its stooges in place.

Wars, “revolutions” and assassinations are part of their tactics to destroy traditional civilisation and traditional religions (as in Soviet Russia), amass wealth and power, eliminate opponents, and proceed relentlessly towards their avowed goal, generation after generation. They operate through covert and overt societies and organizations.

Societies became divided between the rulers and the ruled, exploiters and exploited. Brutal competition for power creates a relentless play-or-die, rule-or-be-ruled dynamic of violence and oppression serving to elevate the most ruthless to the highest positions of power.

The peoples of the dominant human societies lose their sense of attachment to the living earth. They cease to be Peoples but become Individuals, atomized and controlled, penned in.

Major portions of resources available to human societies and their needs have been diverted to supporting military forces, prisons, palaces, temples, and patronage for retainers and propagandists on which the Pyranomic System depends.

The extreme Ego conditions of The Pyramid lead to all kinds of corrupted psychological reasoning and effects such as mass pharmaceutical enslavement.

The Control apparatus is composed of secret activities and private groups who decide for the rest while the surveillance of the general population grows absolute.

The very purpose of The Pyramid is to exploit. People are only a ‘resource’ to be exploited. As is Nature