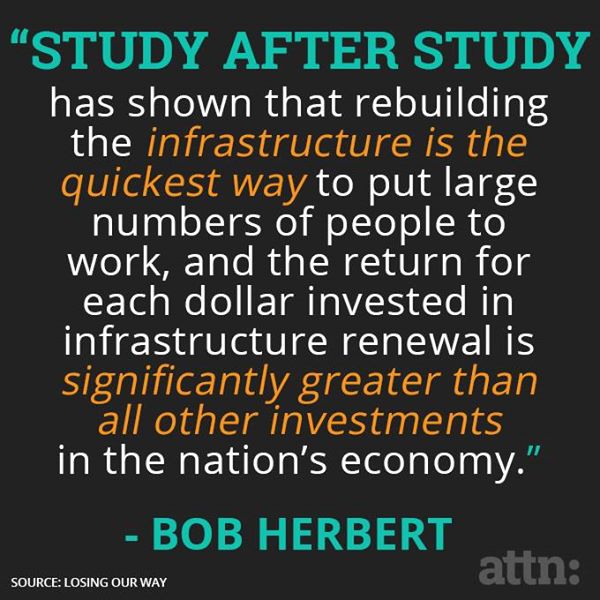 More than 61,000 American bridges are structurally deficient, according to a new analysis by the American Road & Transportation Builders AssociationWhile U.S. road infrastructure continues to be in dire straits, the health of the USA’s bridges has shown a slight improvement from last year when ARTBA found more than 63,000 of the country’s bridges were structurally deficient, according to their review of U.S. Department of Transportation records.

The report on the state of American bridges comes with federal highway and transit funding set to expire on May 31, absent congressional action.”State and local governments are doing the best they can to address these significant challenges, given limited resources,” said Alison Black, ARTBA’s chief economist. She added, “Without additional investment from all levels of government, our infrastructure spending will be a zero-sum game.”

The Highway Trust Fund is set up to be funded by revenue collected from the 18.4 cents-a-gallon federal gas tax and is the source of 52% of highway and bridge capital investments made annually by state governments

But the federal gas tax has not been increased since 1993, and soaring road-building costs have dwarfed receipts — forcing Congress to bail out the Highway Trust Fund with nearly $65 billion in revenue from the general fund since 2008.

There’s currently a backlog of more than $115 billion in bridge work and $755 billion in highway projects throughout the country, according to Department of Transportation data.

Earlier this week, the Obama administration sent Congress a $478 billion bill that calls for providing transportation funding for the next six years.

The administration proposal would give a boost to the Highway Trust Fund by imposing 14% tax on an estimated $2 billion that corporations have kept overseas to avoid higher corporate tax rates.

Meanwhile, a bipartisan group of lawmakers on Capitol Hill is working on competing legislation that would raise roughly $170 billion in new revenue by also giving U.S. corporations a tax break on profits parked overseas.

The lawmakers want to use $120 billion of that windfall to shore up the Highway Trust Fund and direct another $50 billion to the creation of an American Infrastructure Fund, which would provide loans and financing to tools for states and communities conducting infrastructure projects.

“During these next two months, though, all of us who work in Washington need to be relentless in trying to get to ‘yes’ on a bill that is truly transformative and that brings the country together,” Transportation Secretary Anthony Foxx said this week when the administration unveiled its transportation proposal. “And frankly, governors and state officials as well as mayors and local officials all over the country need to continue being relentless, too, by continuing to raise their voices in support of a transportation bill that meets both their immediate and long-term needs.”

The uncertainty of federal funding has made some states skittish about their ability to complete infrastructure projects. So far in 2015, four states — Arkansas, Georgia, Tennessee, and Wyoming — have shelved $779.7 million in projects due to the uncertainty over federal funds.

Nine states — Colorado, Connecticut, Mississippi, Montana, Nebraska, Nevada, Pennsylvania, Vermont, and West Virginia — have expressed concern over the feasibility of future transportation infrastructure projects totaling more than $1.8 billion if Congress does not act before May 31, when funding for the trust fund is set to run out.